When you join Premier Bet, you aren’t just another customer – you become part of a community. That’s why we like to shine a light on our players’ greatest successes and celebrate when you find a winning bet with big odds. Play with Premier Bet and who knows – you could be our next big winner! 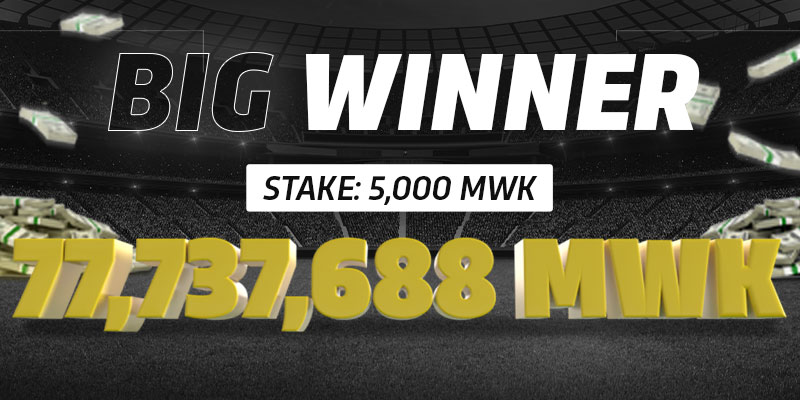 How did our hero make his dream a reality?

Having selected 16 fixtures from across Europe’s top leagues, our winner bet on a range of markets to get big odds of 15,547.54 on the Premier Bet site. Not all selections won as comfortably as others, though.

For example, our hero needed both teams to score in Atletico Madrid’s match against Osasuna, but with just 16 minutes remaining the game was still goalless! Thankfully, an unlikely lead for the visitors seemed to kick Atletico into life. They hosts equalised just seven minutes later and our hero’s dream win was still possible!

Fifteen fixtures played, and one to go. The final selection on the betslip was in Germany’s Bundesliga, where our hero needed RB Leipzig and Wolfsburg both to score. This had only happened in four of these teams’ previous nine league meetings!

Things looked good as Wolfsburg went 2-0 up just before half time, and only a home goal was needed for our hero’s dream to come true. Justin Kluivert delivered it just six minutes into the second half and the celebrations could begin!

An extra cash prize with the Weekend Winners Challenge

The good news didn’t end there, though! Thanks to the Premier Bet Weekend Winners Challenge, our hero claimed an extra 270,000 MWK! Check out the 16 selections below.

Anyone can win with Premier Bet – will you be our next big winner?

Premier Bet – Bet with the best!